If I knew that was going to be the final score would have I still gone?

Probably not, but that’s the beauty of sport. It’s completely unpredictable. That’s what keeps millions of fans around the world coming back for more. The minor premiers, the Sydney Swans, short priced favourites, best team on paper had all but won the grand final before the first bounce.

The next 2 hours played out like a nightmare for the Sydney faithful and a monumental story of triumph for the Hawthorn fans.

Some people could argue grand finals aren’t fair, because the spectacle of a grand final doesn’t take into account how the team has performed all season. Both teams have to forget about the 24 games they played previous because at the end of the day this is the only game that matters. An entire year’s worth of hard work, dedication and commitment is justified or thrown right back at them after 4 quarters.

It’s the holy grail. A whole season of footy all for one game. 4 short quarters.

Hundreds of thousands of prying eyes, deafening cheers and jibes on the hallowed turf there is nowhere to run and hide.

Even though my team were beaten by 63 points, I feel privileged I got to experience one of the greatest sporting spectacles in the world.

Do I regret going? 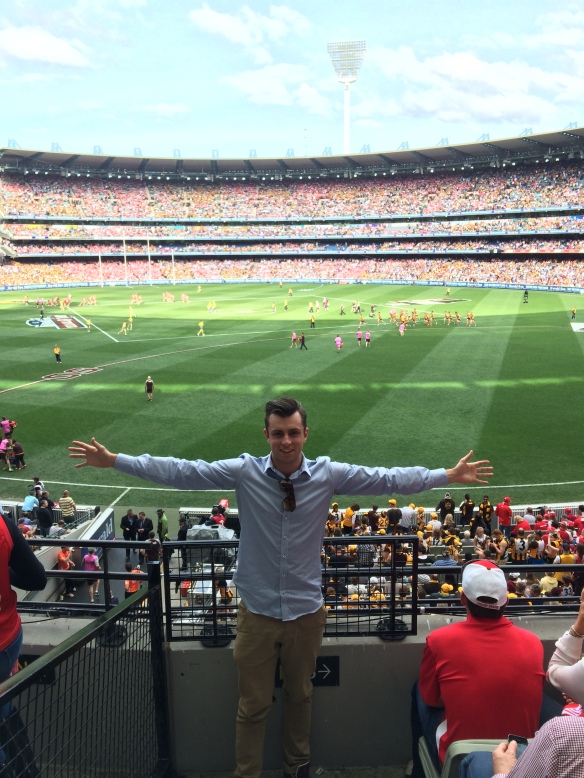 One of greatest sporting theatres in the world – the MCG